The need to conserve the environmental resources has sparked a heated debate amongst the policy-makers and environmentalists. This comes after credible studies reveal that the future of human, animal, and plant life is uncertain due to the degradation of resources and high rates of pollution in the contemporary world. Accordingly, many leaders have been creating and implementing the relevant policies. One of these is the single-use plastic ban. Whereas it has been debated in many environmental forums, few countries have approved and implemented the ban. The European parliament is among the first to make such a remarkable move. It was proposed in May 2018, with many members of parliament voting for it and celebrating the victory on different platforms. How does it benefit society? What will it take for the government to implement the policy successfully? Well, read on for details.

Explaining the Single-Use Plastics and Their Impacts on the Environment

Single-use plastics are items that are used once before being recycled or thrown away. It is inclusive of items such as plastic shopping bags, folks, water bottles, and coffee cup lids among others. Their accumulation in the environment is reflective of the prevailing culture in society, which make people to throw away items that they are not using. Their concern for the negative impact is minimal.

The impact of plastics on the environment is demonstrated in the figure below: 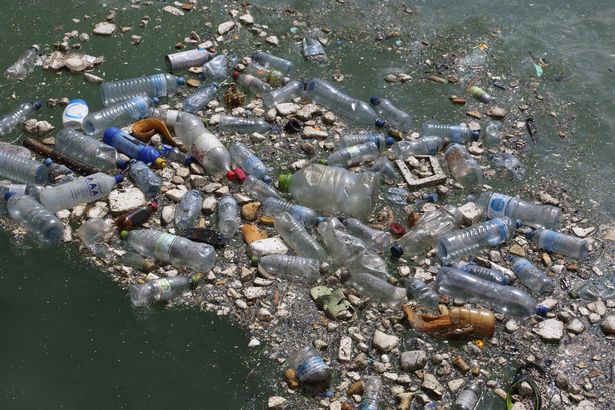 According to the United Nations, only 9% of the plastics thrown away in the environment are recycled. Most of the materials end up in the oceans, waterways, and landfills. They do not biodegrade easily and instead, they break down into micro-plastics. They can contaminate the soil and water and in many cases end up in the food chain. This causes negative health impacts on animals and humans. When left unattended, the animals may ingest the plastics. This can chock and block the digestion system. It is in this background that the single-use plastic ban has been proposed by the European Parliament.

The Single-Ban Approval by the European Parliament

Under the draft plans approved by the parliament, the single-use plastics will be banned from the market from 2021. At least 571 votes were cast to approve the draft on the ban. A total of 53 members disapproved of the move while 34 of them were absent. The MEPs made the decision after making a consideration to the statistics and facts presented in the area. For instance, it is stated that the products make 70% of marine litter. The documentaries covered on the topic led to a public outcry on the ban. For instance, David Attenborough created a documentary with the aim of changing people’s perceptions on plastic use. It was aired in BBC under the blue planet series. The following figure is a photo of the manila bay, explaining the seriousness of the matter. 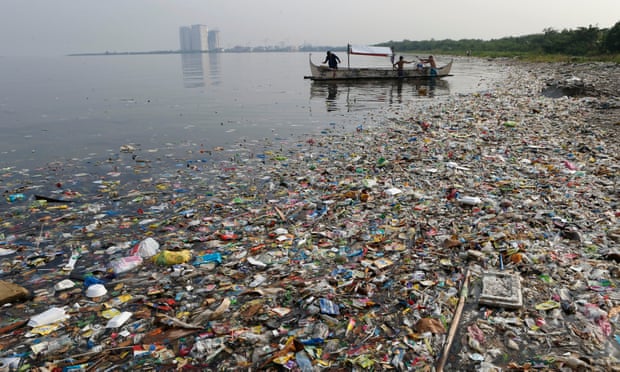 Some of the items being banned are:

Plastics are often preferred to other packaging materials because they are cheap, convenient, and adaptable. However, they are associated with a loss of economic value and costs of cleaning them from the landfills and oceans among other places. The European government has opted to minimize their use. Further, other items with no alternatives will be reduced by the member states by 25%. The deadline given for this is the year 2025. It is inclusive of:

The state members must come up with a policy that encourages people to go for multiple use products. They must also recycle and re-use. Plastics used to package beverages must be recycled at a 90% rate by 2025. Still, the reduction measures are expected to focus on the waste from tobacco products. The cigarette filters are known to contain plastic, which is thrown away into the landfills. It is established that one cigarette butt can pollute at least 500 litres of water. When thrown on the roadway, the plastic will take more than 12 years to decompose. Given the high rates of smoking in society, the waste has accumulated in large amounts. The parliamentarians indicated that it must be reduced by 50% by 2025. By 2030, the waste should have been reduced by 80%. This is indicative that the state members must increasingly reduce the waste on plastic.

Furthermore, there is a need for the member states to implement a policy where the fishing gear that contains plastic is collected and recycled. Specifically, 50% of the gear should be recycled at the rate of 15% by 2025. This comes after the assertions made that it represents 27% of waste on the beaches.

Reactions from the Leaders

The members of parliament were elated by the move and shared their sentiments with the public. One of them, Frederique Ries indicated that they had adopted one of the most ambitious legalisation. They further added that it was a victory for future generations, environment and the oceans. On their part, the EU Affairs Project Officer, Justine Maillot opined that the parliament had made history through voting. Speaking on behalf of Rethink Plastic, Maillot added that the citizens needed to see an end to pollution and as such, the government has to be ambitious and resist the pressure from the corporate world to encourage the throwaway culture. The environment commissioner, Karmenu Vella, added that the move was sending a clear signal that Europe was prepared to take decisive action to do away with plastic in the world.

Shifting the Blame to the Producers

The accumulation of single-use plastic is highly attributed to the cheap cost of production. They are able to create the products at a low cost and as such, the consumers do not see the need to keep them for re-use. The parliament has agreed that the producers must be held accountable. The tobacco and fishing gear manufacturers, for instance, will be held accountable for the cost of collection and recycling of the materials. It will create an urgency to find alternative products or even come up with a campaign to raise awareness on the impact of the waste on the environment.

The Next Steps after the Approval

The next step for the parliamentarians is to negotiate with the council. There will be a need to agree on how the policy will be implemented. The EU ministers will have the chance to give their own position on the matter. Most of the members of parliament are optimistic that the council will approve of the proposal. If the ban becomes a fully fledged directive, it will be incorporated into the national law before the Brexit transition process is completed.

While the single-use plastic ban in Europe is likely to lead to positive results in society, there are various challenges that the government may face. They include:

The proposal requires the member states to reduce a significant amount of plastic in the environment by 2025. A lot of resources will be required to clean the environment and recycle the products. The producers are also required to find alternative materials to package products such as cigarettes. The lack of sufficient finances for these processes will create delays in the plastic reduction

The council may fail to approve the ban, leading to lengthy contentions in the parliament. The Brexit transition may also cause delays. It must also not be forgotten that some of the members did not vote for the ban and hence may fail to prioritize the implementation of the policy in their states.

The education on the negative impact of single-use plastic is more often than not offered to the elite. Other members of the public will resist the move and continue with the throwaway culture. The information on the timelines of the policy implementation may also be availed to a few people.

In countries where the single-use plastic ban has been implemented, the public has been encouraged to consider a number of alternatives including:

Also, the government and other stakeholders in the nations have also taken time to inform the public on what can be recycled and re-used. The education is also aimed at changing the perceptions related to throwing away items after use. The European members of parliament may make such considerations as they implement the policy.

All in all, the single-use plastic ban in Europe has marked a significant milestone in the country. It helps eliminate all forms of pollution in the environment. Future generations are reassured of sustainability and quality of life. The consumers must be vigilant enough to support the government by not only avoiding the use of plastics but also choosing companies that are sensitive to environmental matters. One of such companies is TJC Transport. Other than providing reliable lorry transport services, it recycles at least 80% of the skips. Its superb recycling and waste management system has earned the company recognition and awards.